My Digital Career – Day One

I can’t remember how I heard about the #MyDigitalCareer week. I think I was going through Eventbrite and seeing what kind of events were happening in the Social Media realm in London. Many people had said that they’ve got to where they are now through the power of networking. I thought it about time that I took the bull by the horns to try to see how powerful networking could be and hopefully it’d help me get clients and jobs in the future.

I was attracted to My Digital Careers events because it’s a structured programme over the course of the week. The fact that you had to apply to be considered for attendance also managed to peak my interest. The program wanted graduates and I am one, however I also knew that I’d be one of the oldest, but wouldn’t let that put me off! 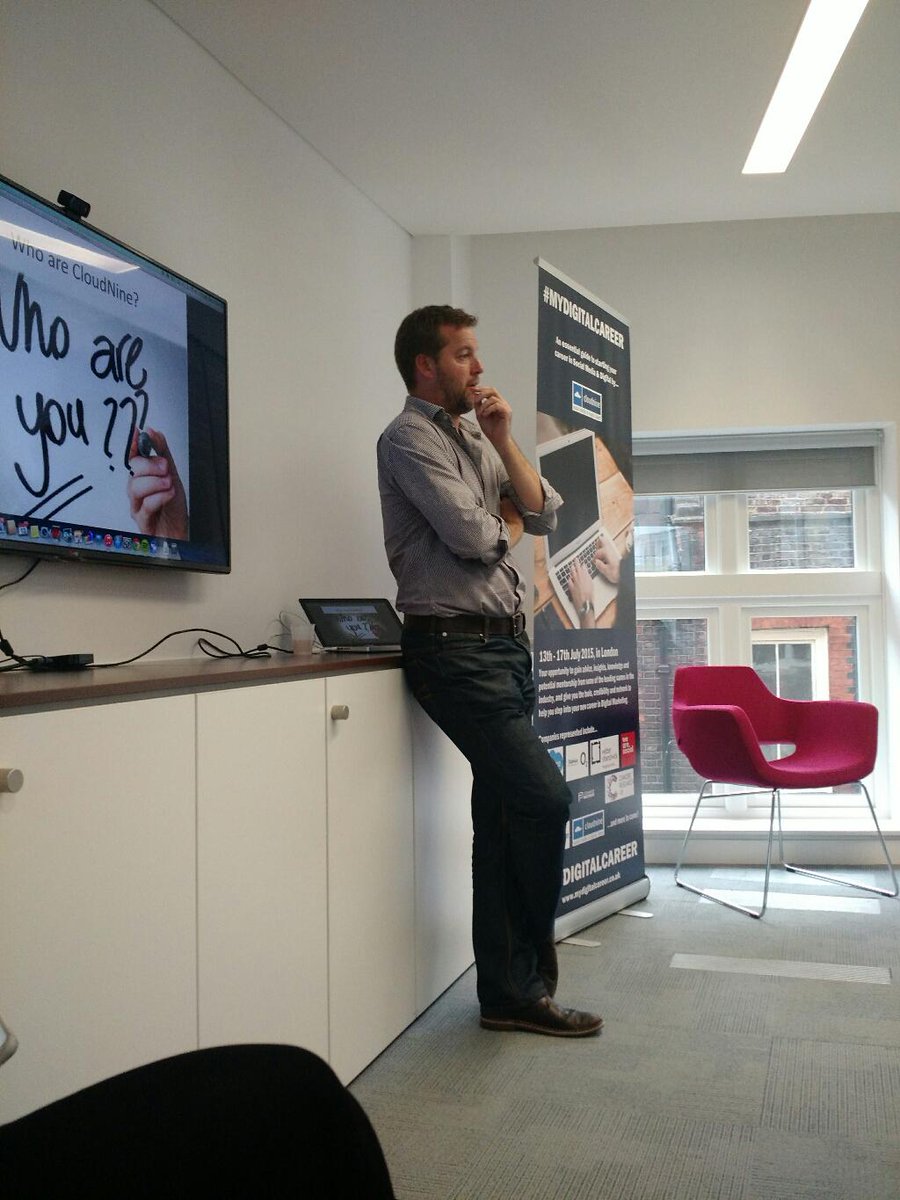 Steve from @CloudNineRec sets the ball rolling. Pic from @DannyWhatmough

My application form went in moments before I jumped into a taxi to take me to the airport for flight to Croatia. I found out I was on holiday that I was successful and was glad that I applied but I still didn’t know what I’d let myself in for!

On Monday, 13 July 2015 I stepped into the meeting room of Cloud Nine Recruitment to find that I was definitely the oldest person participating in the #MyDigitalCareer program!

We kickstarted shortly after I arrived with Steve Ward, founder and head of Cloud Nine Recruitment, setting trajectory for the week. He introduced himself the company and outlined what would happen during the course of the week. He then introduced the speakers for the evening before handing over to the first one, Tiffany St James.

I had no idea what to expect from speakers for this program but shortly after Tiffany (@TiffanyStJames) started speaking I knew that she would be a tough act to follow. Tiffany started her career as a freelancer and managed to land a role working for the government. At the time there was no general concept of where the Internet was going let alone social and digital media would lead.

When she told us how she became The UK governments first Head of Digital I found myself open mouthed. 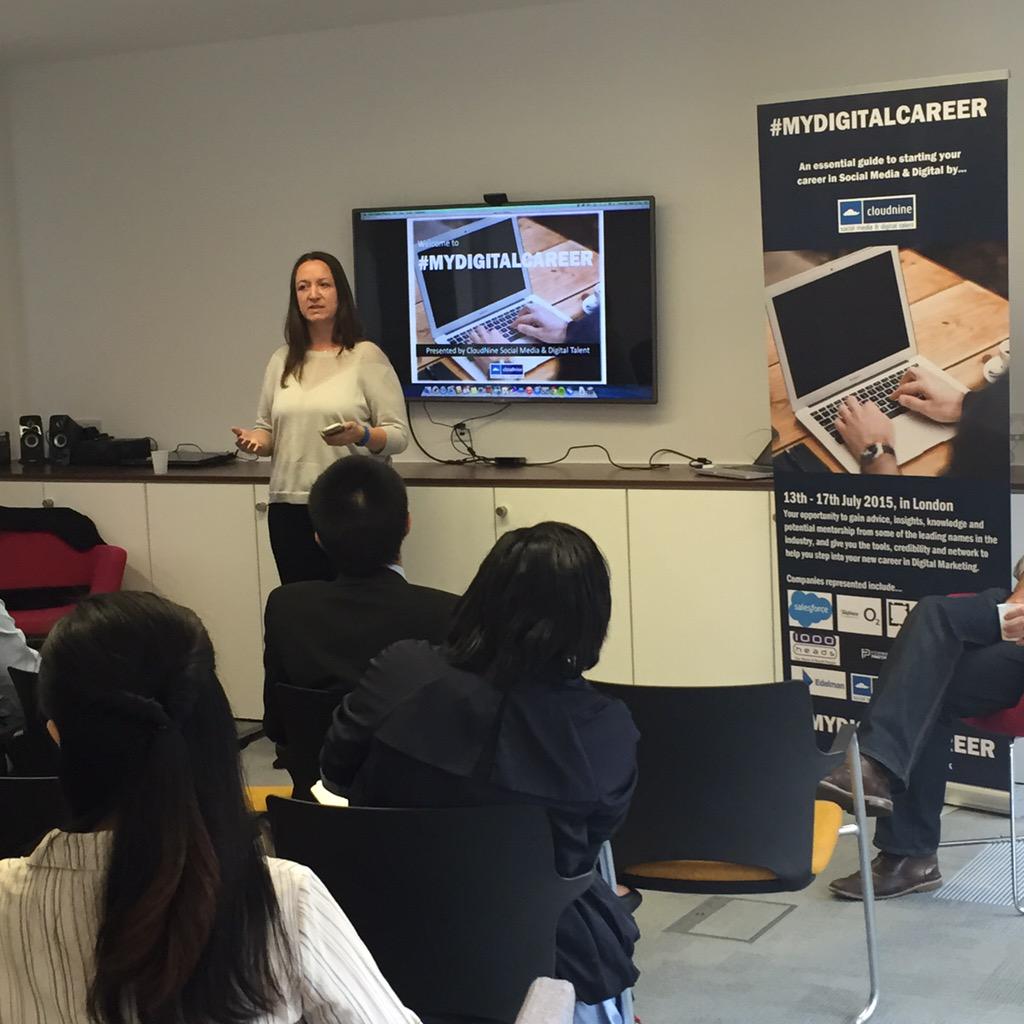 “Of course there had to be a first Head of Digital”, I thought to myself, “but I never expected to meet her in an office in Soho”. At that, my view of the week at #MyDigitalCareer sharpened!

The main part of Tiffany’s working life is now taken up by running the agency Transmute, which uses Social media to improve revenue for their large clients!

Krishna (@KrishnaDe) took the stage after Tiffany and managed to floor me again. The depth and breadth of her knowledge of social media platforms is outstanding!

[bctt tweet=”I stopped watching TV when Periscope and Meerkat came out. I just wanted to learn how to use them! @KrishnaDe”] 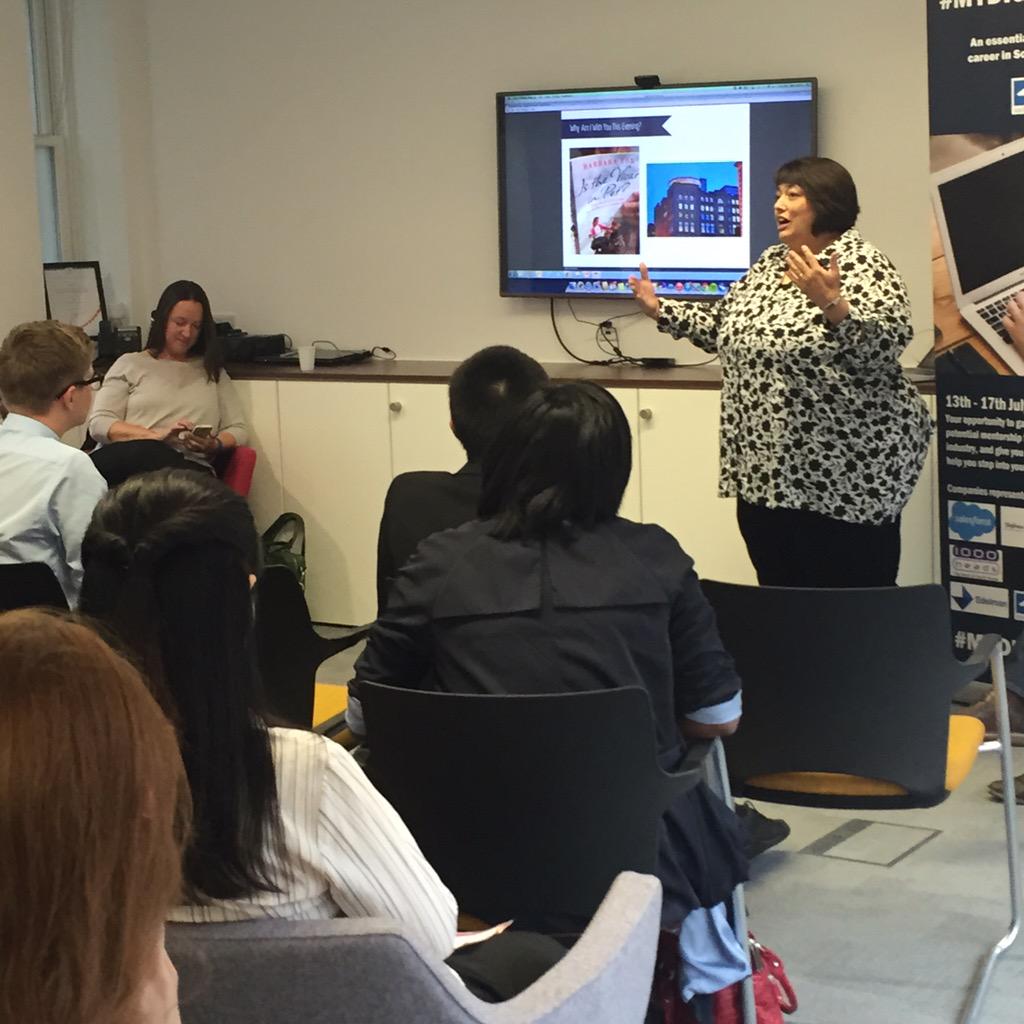 Krishna tells us about all things Periscope!

Krishna also broke down her career, which included a huge amount of travelling and working with brands such as Diageo and Guiness. She then revealed an exhaustive list of tips, do’s and don’t for representing yourself online and trying to get ahead and stand out from the crowd. I told her at the end that I’d never written so many notes any presentation!

Danny (@DannyWhatmough) stood up and talked about his career from and interesting perspective. He was the youngest of the presenters but equally came to the same conclusions as Tiffany and Krishna. We simply don’t know where we are going to be in 18months time. To get ahead in this industry and, in fact, life in general it pays to have the kind of innate curiosity and desire to learn that simply cannot be taught. 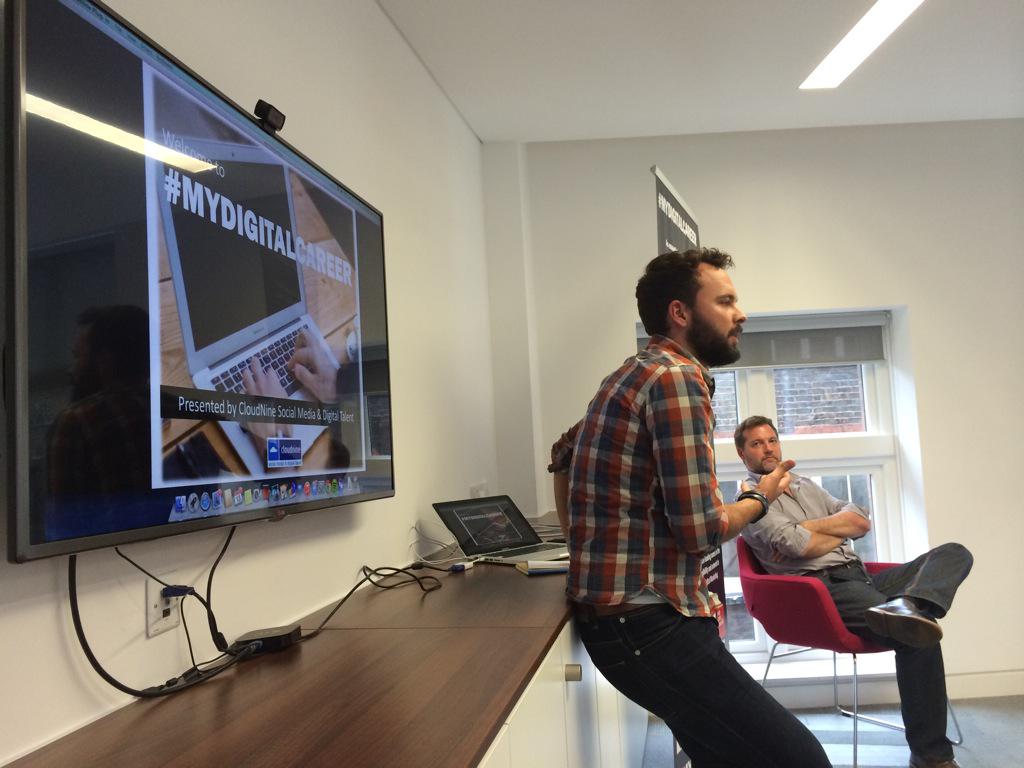 Danny Whatmough is last up on the first day

It’s easy to teach someone how to use Twitter, but if you’re trying to get into a career in digital and your curiosity hasn’t lead you to get to grips with the basics then that is a potential red flag! You should naturally be wanting to play around with the latest technology. Go to the Apple store and play with Apple Watch even if you have no intention of buying one.

Danny’s key takeaway echoed that of Tiffany and Krishna. We simply don’t know where we are going to be in 18 months time. If you want to work, and indeed live, in the digital realm then being open, accepting and embracing of change should put us in great stead for the future.

I didn’t expect that!

The three speakers finished and led to a Q&A and the “networking” section afterwards. I made sure I had a good chat with all of the speakers and would take the time across the week to meet the graduates. Those graduates that did meet were all suitably impressed. I hadn’t expected the calibre of speakers and the insight that they would give.

It was genuinely inspiring. My previous plan was to scope out the first day of My Digital Career and see what happens. After that first day I knew I would have to change my plans for the Friday evening as to make sure I could take part in everything in this week!