And now the end is near…

All good things have to come to an end unfortunately. I initially thought that coming to each day of #MyDigitalCareer would be a chore and by this final day i’d be dragging my heels. The opposite, however, was true. I hopped over to My Digital Career with a spring in my step, albeit a solemn one. It was the last day after all.

If you want to know what you have missed with these blog posts please feel free to jump back to My Digital Career – Day 1 and enjoy the ride from the start.

Matt (@elsatanico) did a great job of scaring people into clearing the skeletons from out of their online wardrobes. It seems it is common fare for a recruiter to perform more than a cursory Google search to determine whether you are suitable for a particular job. Or a mentalist. I understand that some careers need the latter! 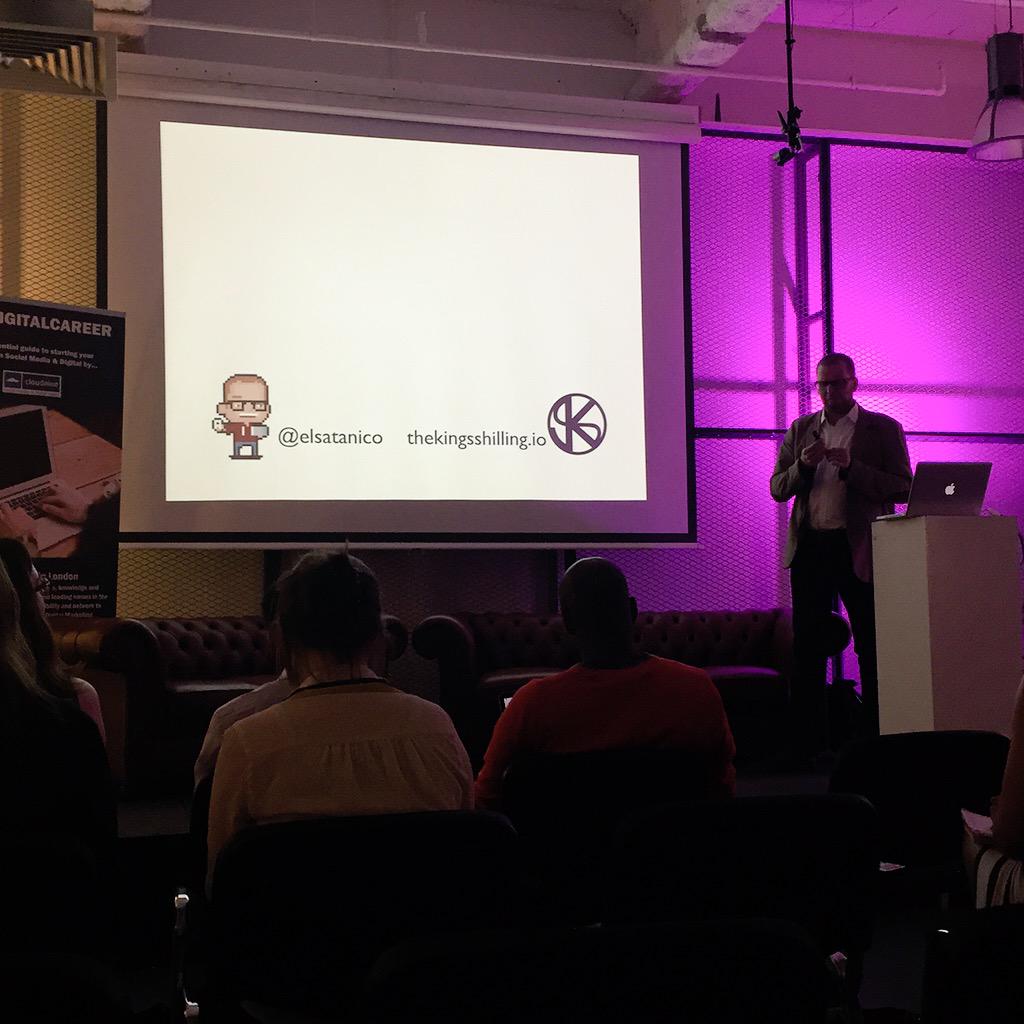 Very nice chap for someone who’s twitter handle is @ElSatanico!

Recruiters as a standard nowadays have an applicant tracking system so you have to be aware of how you represent yourself online. It sounds a little seedy, but it needn’t be. Matt tells us that quite often these searches produce better insight into a persons nature and ability than the standard CV. Some of the searches have shown up peoples blogs, for example, which Matt has then forwarded onto perspective recruiters rather than the standard 2 page black and white.

Help the recruiter out – guide them where to find details about you rather that them applying the scattergun approach. Your own curated guide of you digital life is surely going to be the best version of you?

Steve is the mastermind behind (@CloudNineRec) and this weeks #MyDigitalCareer. He started Cloud Nine Recruitment (hereafter referred to as C9R) at the early stages of Social Media. Originally a “run of the mill” recruitment company, C9R changed track after speaking to a client who was happy with his ability to source social media specialists at a time when most people didn’t know what social media was! 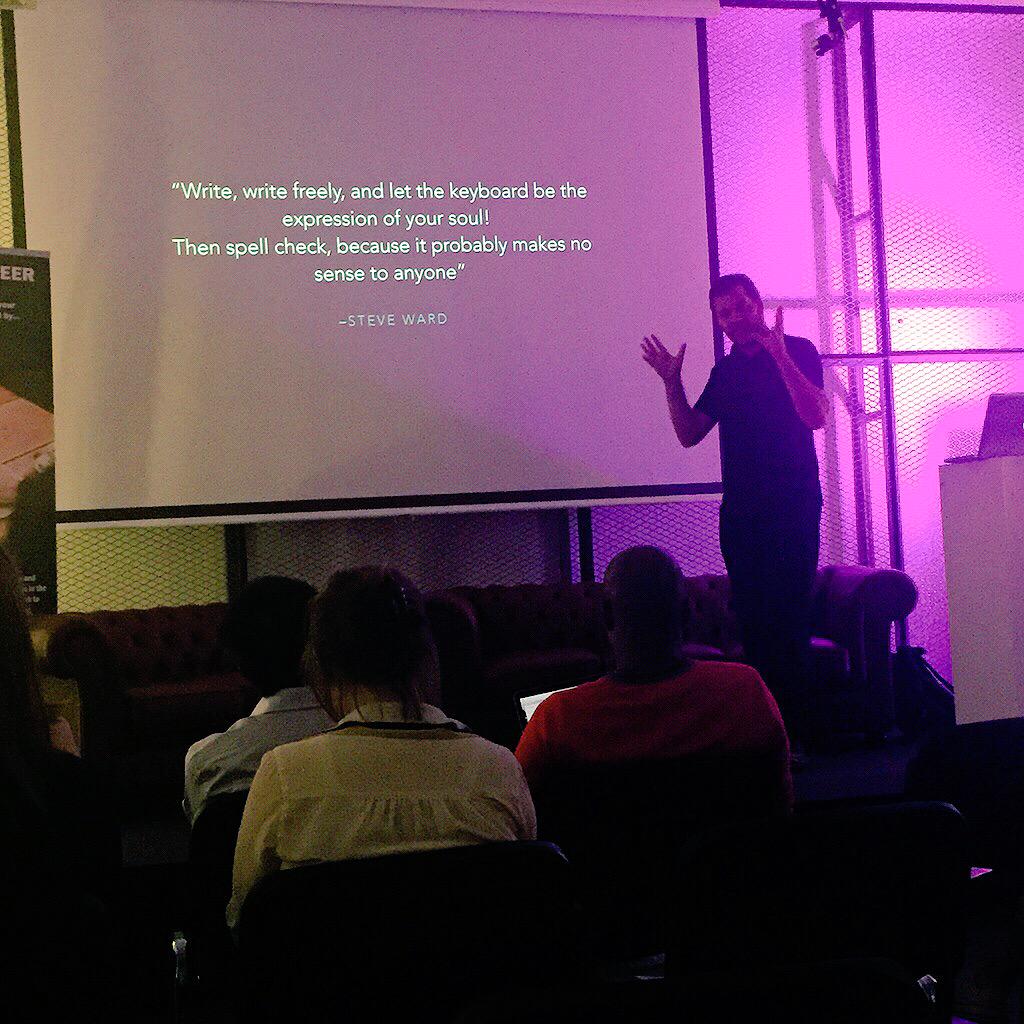 Steve’s presentation is a 10 point guide about how to make yourself irresistible to hire. Nine of the quotes were sourced by himself. My favourite of which was:

This ties in nicely with other during the week who state that curiosity and the thirst for knowledge has been a big factor in getting them where they are now.

Oh and the final quote wasn’t Steve’s, it was Oscar Wildes:

Be yourself, everyone else is taken

Jeremy (@JeremyWaite) was a great way to bookmark the My Digital Career week that was started by Tiffany St James.

During a time of unemployment Jeremy applied for 65 jobs and didn’t get one interview. This turned around greatly to him working at companies such as Facebook, Adobe and landing his dream job with Salesforce. 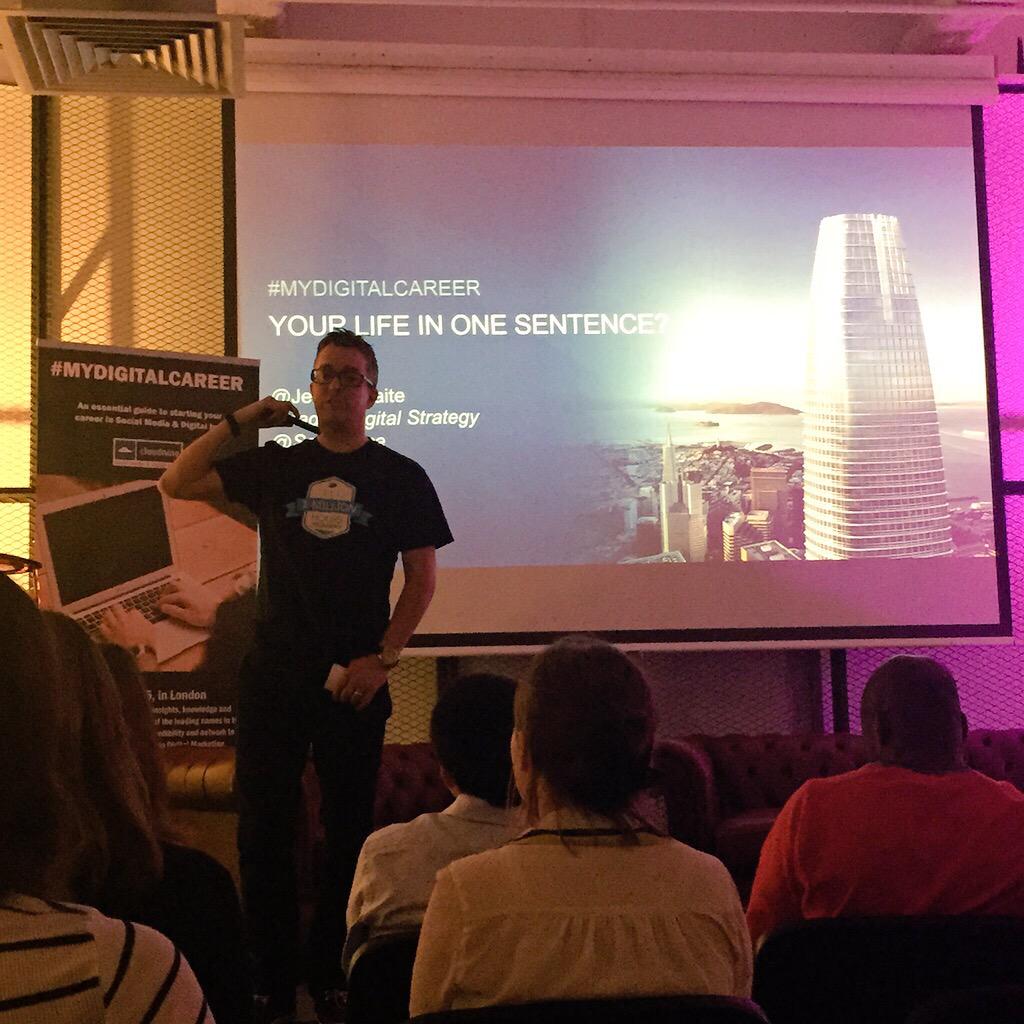 It’s all about context

Jeremy painted a picture that looks extremely promising for people that want careers in digital media. There is so much data that is being produced that we having problems wrangling it. In 2015 it is anticipated that 25% of companies will have CDO’s – Chief Data Officers, such is the problem of data creation. Companies such as Salesforce need to expand to compete with the demand.

So how did he get to be in a job that he loves. There were three nuggets handed out at the end:

Jeremy reads at least a book a week and has written one – “From Survival to Significance” which is available now from all shops called Lulu. So he does practice what he preaches!

It was great to see and speak to all of the panellists and everyone who attended and was involved in My Digital Career. So thank you and I hope that I see you all soon.

My top 3 takeaways from this week were easy to conjure as they were running themes expressed in the panels from each day. If you didn’t attend the week then these three lines will be a distilled nugget of the combined and shared experience. If you did attend the week, then you know that there was much more to these