After the pleasant surprise of Day One of My Digital Career I was looking forward to the next few days. I was slightly concerned, however, that the bar had been raised too high on the first day and that the rest of the week would fall flat. I needn’t have worried!

Steve Waddington – Partner and Head of Engagement at Ketchum

Steve (@Wadds) hails from up north and started his career as a journalist. After a short period of time as a journalist he realised the potential increase in enjoyment and earnings working in PR. Steve is the first of a few of the speakers this week who stated that they have never applied and been successful for a job. Each roll he had worked in had either been created by him or with him in mind. Such is the power of the network! 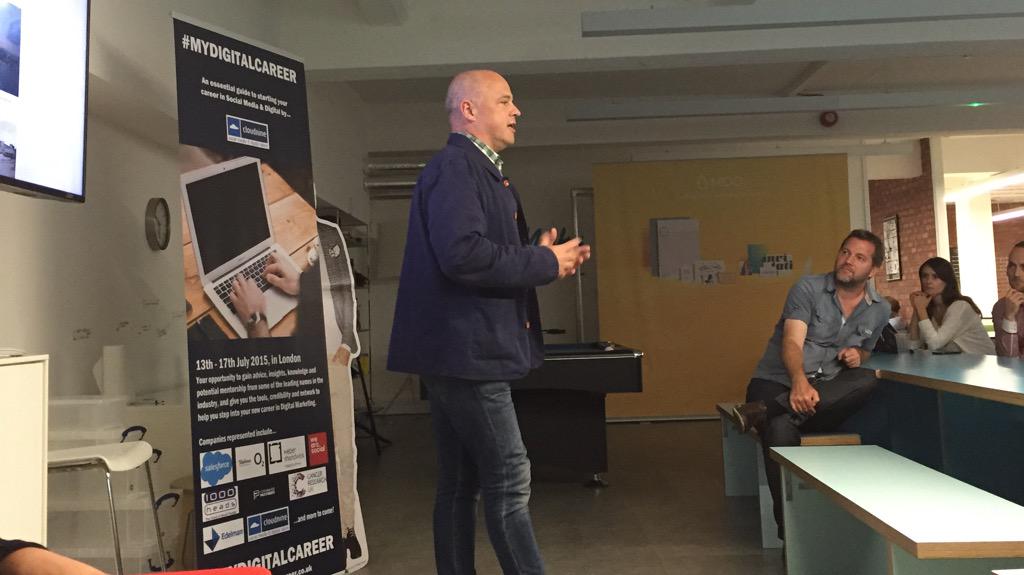 Steve Waddington dishes out his top 10

Steve had been lambasted by a colleague of his for trying to prepare a presentation the traditional way using PowerPoint. He decided to then set up a My Digital Career Tumblr page for the night. Very progressive!

A couple of my favourite points from his speech were:

The second up today was Zoe Cox (@). Zoe has come from New Zealand and prior to starting work she had no idea what a career working in an agency would be like. 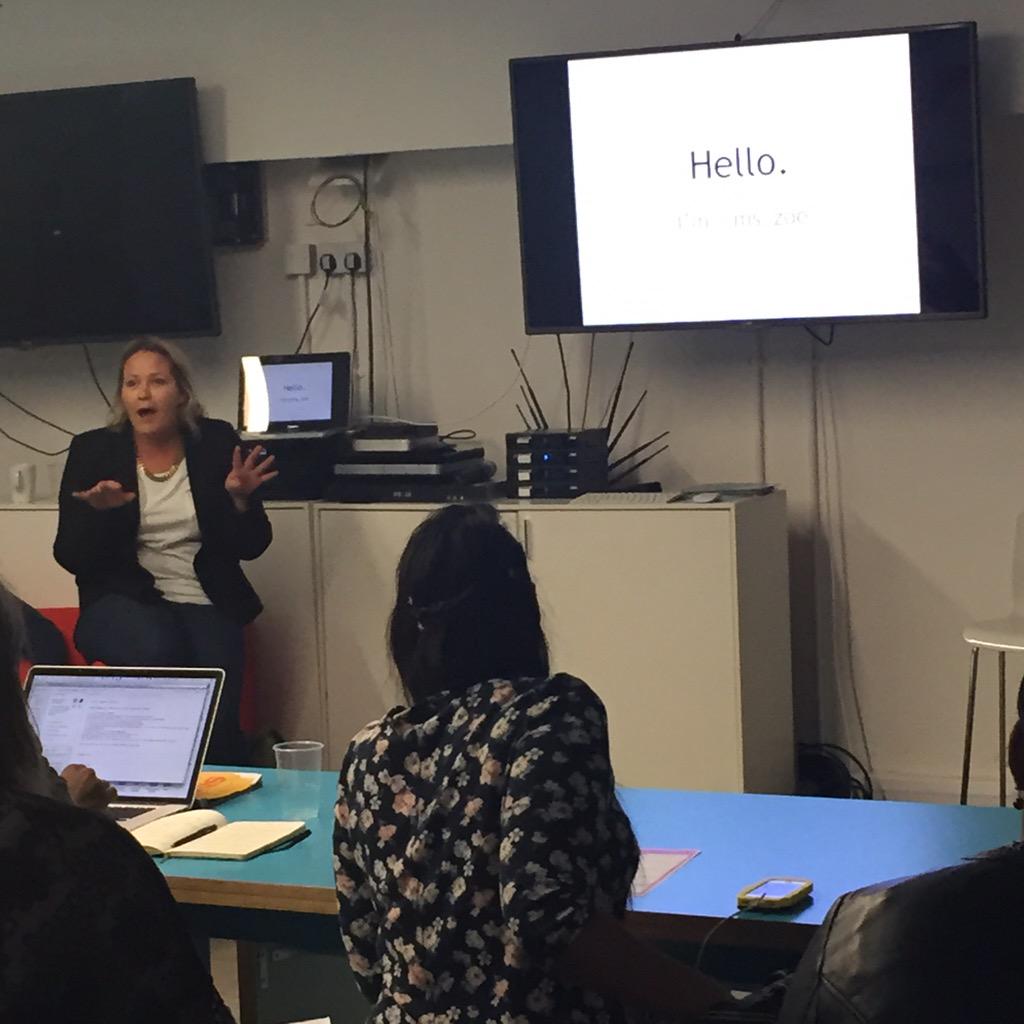 Zoe started working in social media in 2009. Still at this time people didn’t know the potential social media and when it was going. This took me back a little. This is only six years ago, but then I look back to 6 years ago whole digital landscape was still forming. Indeed there is nothing to say that the landscape has completely formed itself right now.

Zoe’s route through her career had been aided a great deal by the contacts that she had made since coming to the UK. Another testament to the power of Networks.

Eb (@EbA) introduced himself with his background in Chemical Engineering, his love of Arsenal Football Club and his dislike of cheese. I don’t think I’ve ever met anyone who didn’t like cheese! 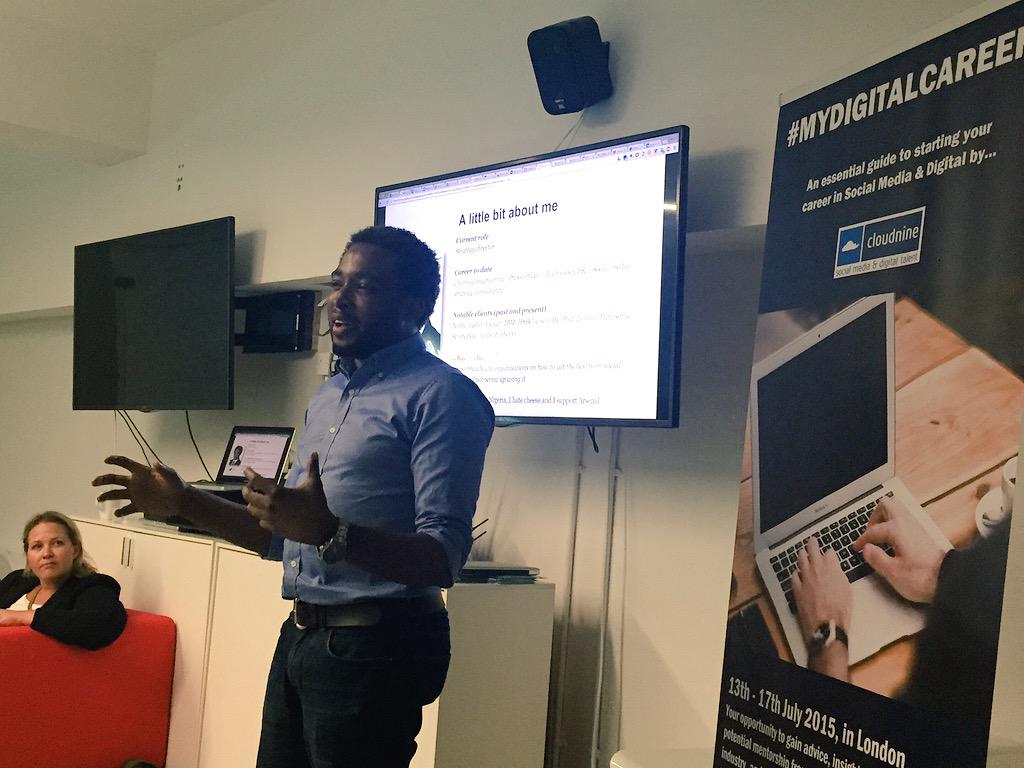 Eb’s way into social media came straight from University. His first role after graduating was working with a PR Side of the Institute of Chemical Engineers (IChemE). In this role he realised that he actually liked this line of work. Coming from this kind of engineering background, however, means that Eb is more in tune with the analytical side of social media and marketing. This is of great interest to me my background is also an chemical engineering and I find myself spending hours trying to dig into the data behind social media and applying that to potential customer gains.

Maybe this is a route that I could go down? I do also like the creative side of things though.

Eb shows us a video made for one of his clients Adidas relating to the work that that he and We Are Social did for them over the last Football World Cup. It looks very creative to me! Maybe I can have my cake and eat it?

James (@James_Poulter) Surreptitiously found himself heading up his own agency consisting of himself, himself and himself! He created podcasts for music venues such as The Koko in Camden where he made a lot of connections and met a few famous people. 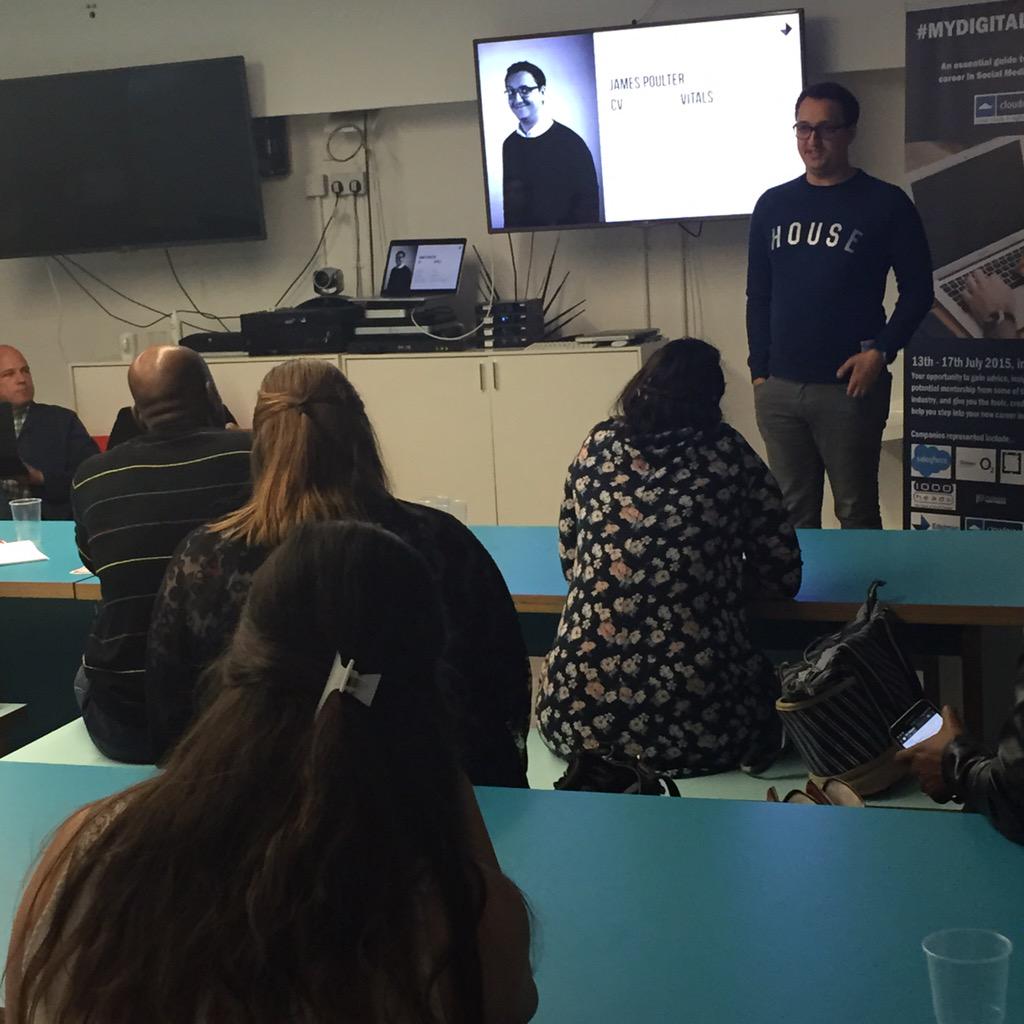 [bctt tweet=”18 months down the line, no one knows what’s going to happen and that’s the exciting part! @JamesPoulter”]

He produced other podcasts including business podcasts where he met and interviewed key members of the business world. It was in one of these interviews where James met a key contact that would be instrumental in giving him a job following the demise of his agency, which occurred during economic downturn.  This again hammers home the importance of the connections you make and how these connections can be instrumental in your career and the rest of your life.

The Power of Networks

Today’s panel of speakers were supposed to be reflecting on opportunities available to you working in an agency for your digital career. To be honest as a great job at this. And rolls seemed interesting and varied and fun! For me however, I’ll be looking to make sure I strengthen my network, both in real life and online.

If you want to follow me please do so, he can find all my connections in the blue bar at the bottom of this page!